When abandoned kitty Ollie first met his foster mom he was only a day old. His eyes hadn’t even opened yet.

So, it wasn’t quite love at first sight when he met his foster mom but more like love at first meet. This little fur baby has been attached to her ever since and won’t let her go.

Ollie was found by some nice folks at the grocery store who brought him to his foster mom, who goes by CaliCatlady101 on Imgur.

Newborn kittens like Ollie need around-the-clock care but CaliCatlady101 was up to the task. She knew what Ollie needed most was some love and rest. So, his foster mom would wrap him in a towel, like a “purrito” and stick him in her shirt.

This way he would be close to her heart and could sleep well, this made Ollie very happy, he loved being so close to his new mom.

Mom had to get some things done while also taking care of Ollie so she would just keep him in his purrito inside her shirt while she checked off her to-do list.

At 12 days old, Ollie opened his eyes, and the vet was sure that he was “going to make it,” according to his mom’s Imgur post.

Over time, Ollie became super attached to his new foster mom. She called him a “stage 5 clinger.” The poor little baby would cry and cry when kept in a room alone.

Mom tried to see if he was hungry, but he was just crying because he wanted to be close to her. So, she would have to keep him in his purrito while he “helped” her study. His mom admits:

“My study sessions were much better with Ollie I’d say,”

But eventually, Ollie had outgrown his purrito in mom’s shirt. So, he decided that his new cozy spot would be her shoulder.

“If you sit down in my house or even walk by a shelf, you may end up with a curious, clingy kitty on your shoulder,”

While she had originally planned to only foster Ollie, she knew he was too attached to her to let him go. So, they stayed together. She shared:

“The original plan was to raise him just until he was of adoption age, then send him to a local no-kill shelter.

Well, fast forward a few months, and Ollie won a place in my heart and is a permanent member of the family,”

And Ollie has certainly returned the favor. He was there to cuddle his mom when she got out of leg surgery and helps the rescues his mom takes in to feel more comfortable until they find their forever homes. 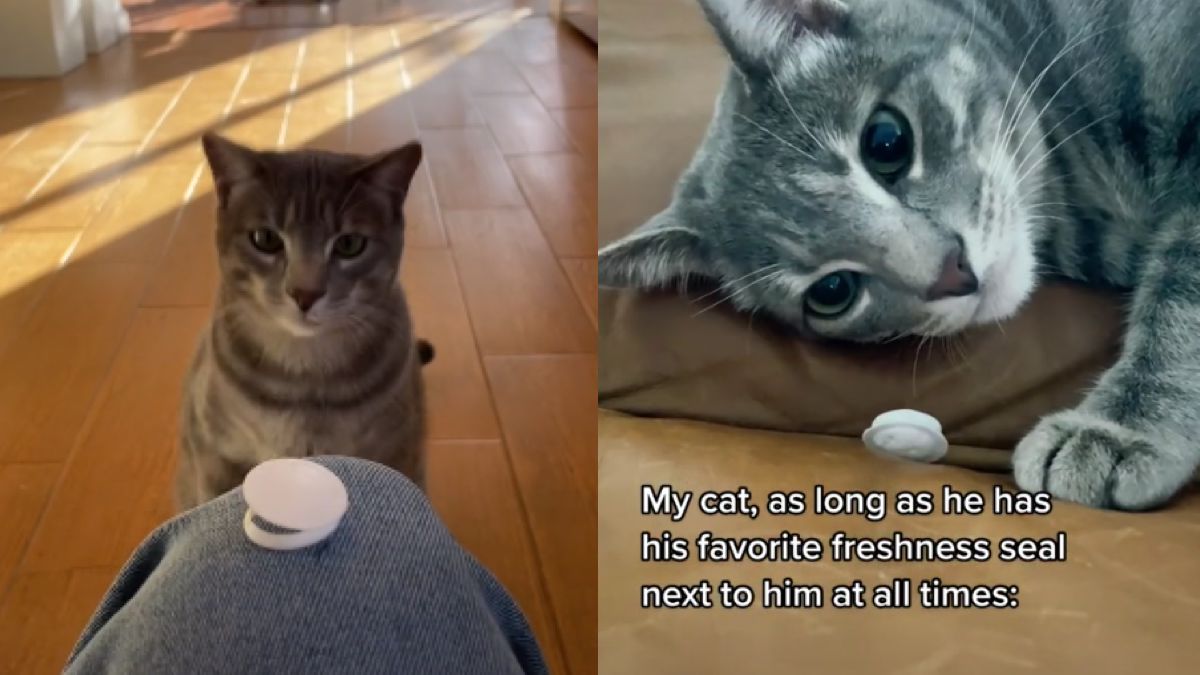 This cat has a peculiar love for milk carton freshness seals 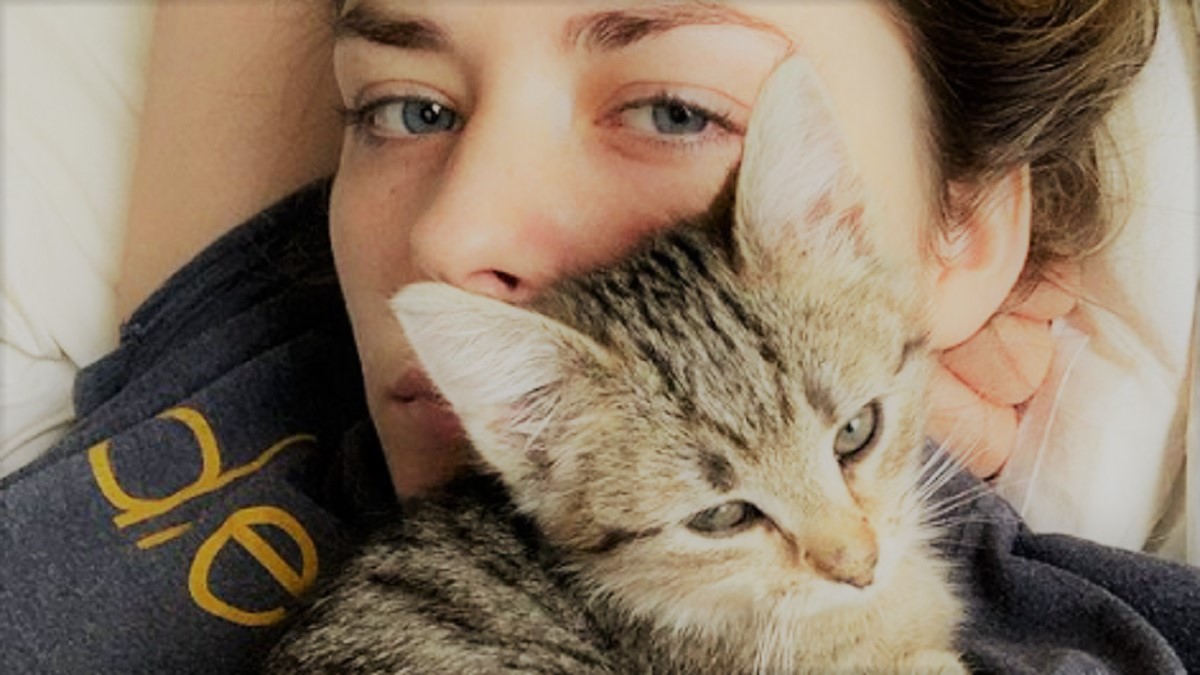 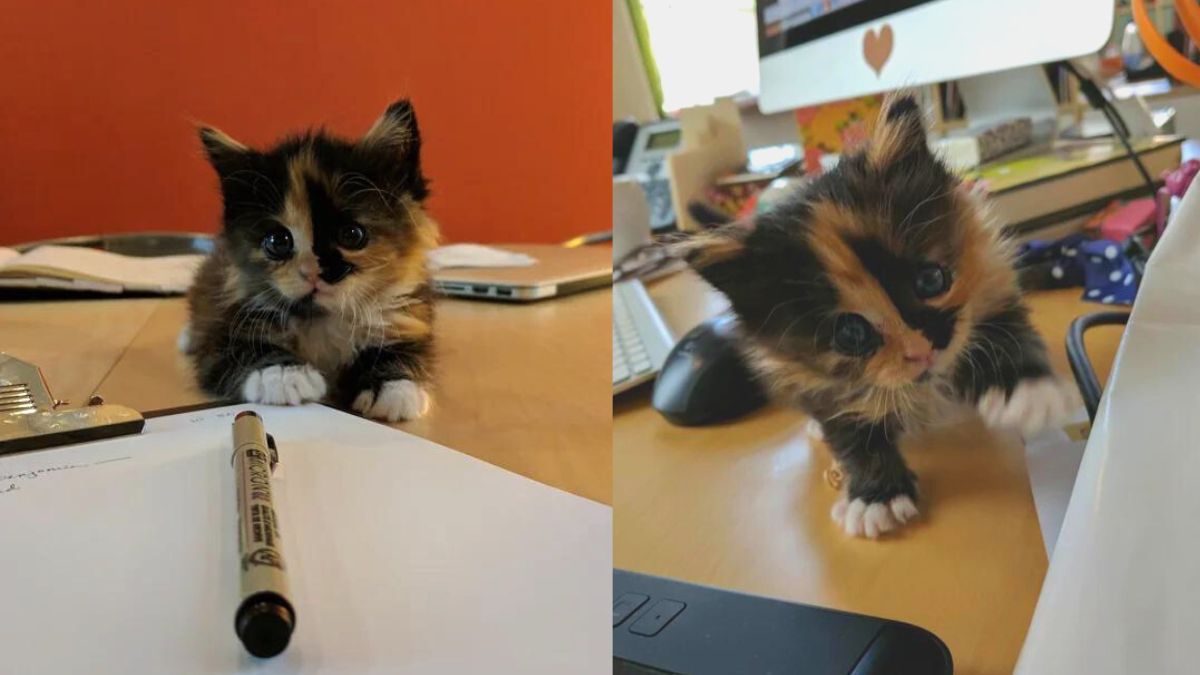 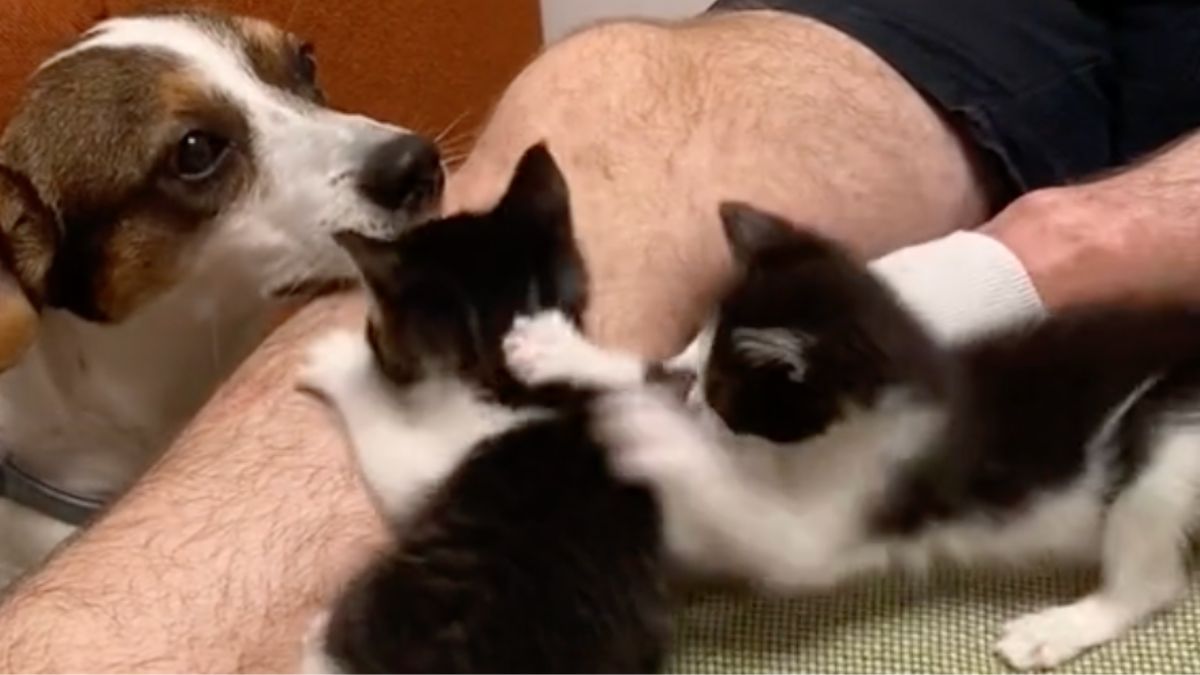 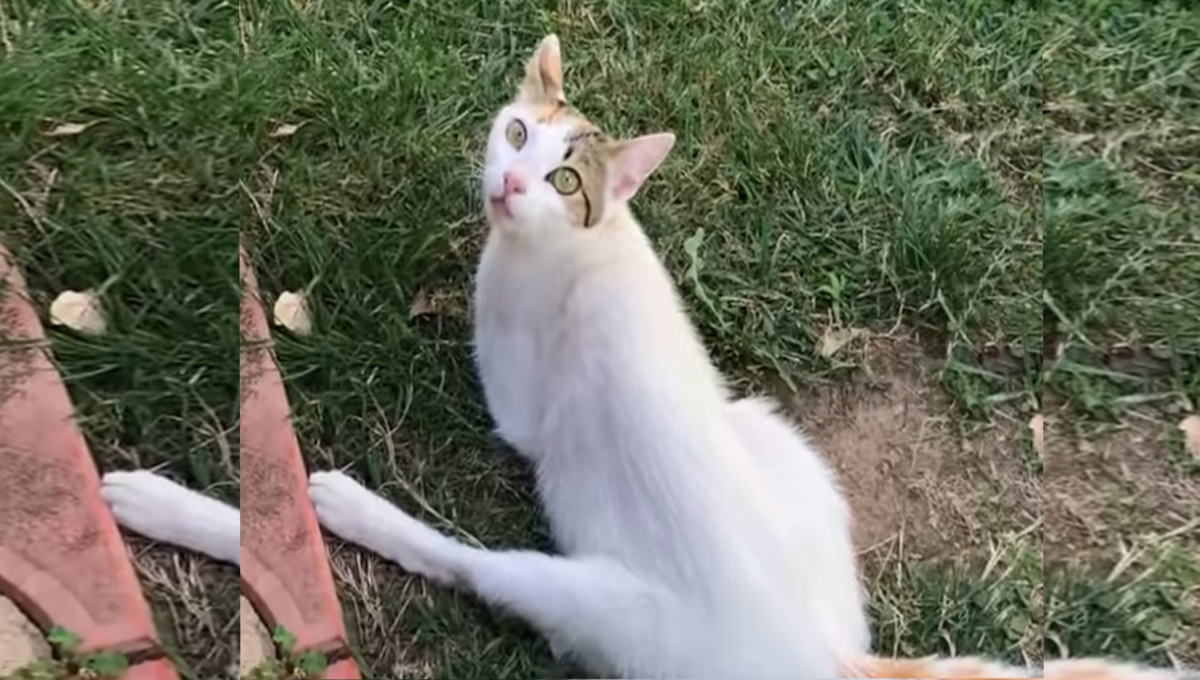 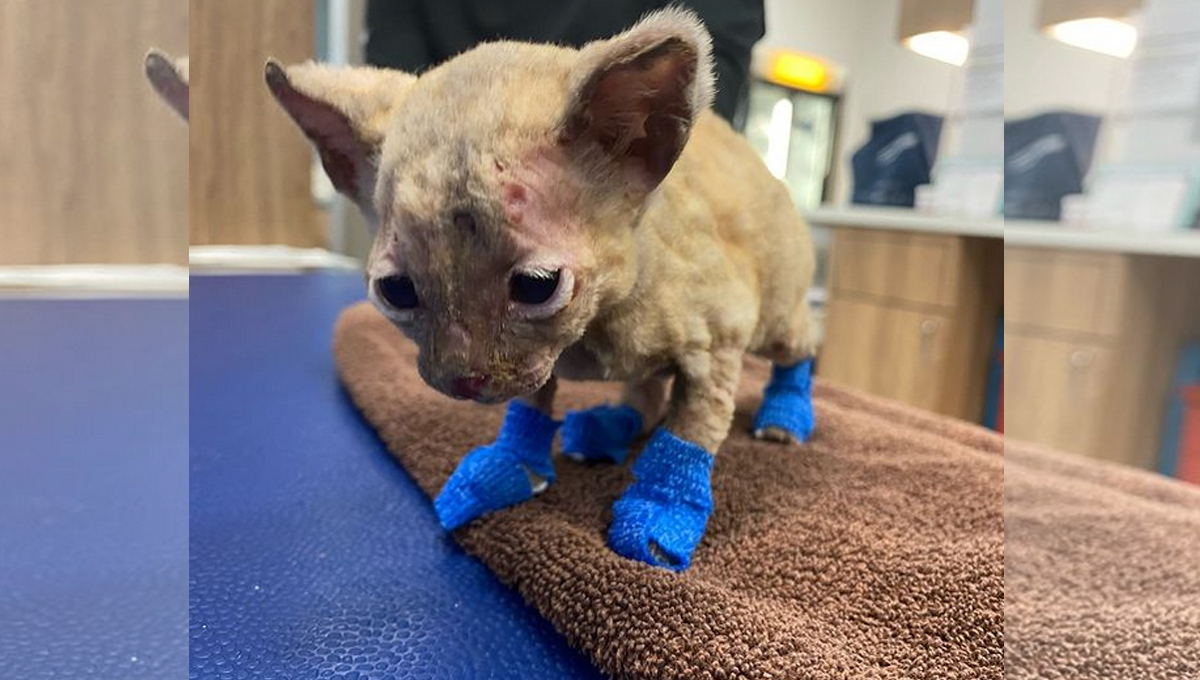